THD have been around for a decade and since then have achieved a lot, 2 studio albums “breakout” (featuring the award winning single ‘KANIKAPILA’) and “Dreadtown” which got the band touring the US, AUS, Hawaii and South Pacific. Following a busy schedule we have put an EP out “Moon and back” with hit singles, “She’s my woman” feat Spawn Breezie.

Heavy weight winners at the 2010 S3 Music Awards walking away with 2 prestigious awards, including a TUI. This act is no force to be reckoned with.
They have toured and played alongside international acts such as UB40, Ali Campbell, Inner Circle, Wailers, Ziggy Marley, Shaggy and Beres Hammond, and have made waves at Reggaelution, Reggaemuffin, Parihaka, Splore,Big Day Out, Trinity Roots festivals and many more .

This is a band that always brings their A game to the stage and no doubt a hard act to follow. 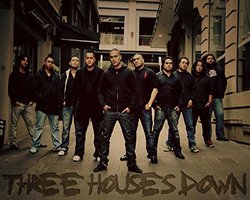