Every so often a new talent emerges seemingly from nowhere. And yet, their sound and aesthetic is so familiar, it’s almost as if you’ve known them forever. Welcome to the stage Theia – an exciting singer-songwriter from New Zealand, who holds the power to alter the axial tilt of the pop world.

In Greek mythology Theia is a Titaness. Theia brings overtones of extent, brightness, and light. She is the mother of the sun, the moon and the dawn.

Theia is a hypothesized ancient planet, which some scientists believe collided with the earth. The force of the collision was so powerful Theia was obliterated into pieces creating the moon.

Theia is the stage name for the talented Christchurch artist Em-Haley Walker.

Em-Haley Walker first started turning heads in 2015 when she was performing under her moniker Plum. In September her track ‘Silver Second’ – produced by Alex Hope (Troye Sivan, Broods) – started creating a bit of a buzz. It quickly became a firm ‘blogosphere’ favourite and established her as ‘an artist to watch’.

Now, with a new stage name and having spent countless hours locked away in studios creating new music, Theia is poised to release her debut EP.

But before all is revealed, she’s allowing a glimpse of the magic that’s to come, with the EP’s lead single ‘Roam’. It’s a catchy pop tune, with a soaring chorus, which oozes warmth and feels like an anthem in waiting for anyone who’s ever ‘roamed from home’. 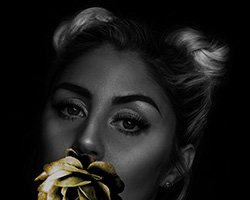