Built from humble beginnings, and a drive to create, perform, tour and make music, SONS OF ZION started their journey into what would become a permanent lifestyle.

With their self titled debut album, released in October 2009, the pressure was now on the band to tour their new style of music. A new fusion of rock, dub, rnb with the foundation of reggae was about to become the catalyst for the groups ongoing popularity, as well as a strongly rehearsed live performance. This was confirmed when the band was invited to perform at RAGGAMUFFIN 2011 alongside some of the industries biggest names such as Mary J Blige, Jimmy Cliff, Maxi Priest to name a few. Since then, the SONS OF ZION have performed at many festivals both here in New Zealand and across the ditch, touring with some of our best Kiwi acts.

With the recent release of “Good love”, and “Tell her”, SONS OF ZION have continued to fulfil their commitment to their fans and followers, that they are here for the long haul. Although a very young group, with the average age being 25, the focus is as clear as when things began in a small garage in botany downs. Music is not a phase for this band, but more a continuous ongoing lifestyle, which is reflected highly in their pursuit of creating it.

We’ve had the pleasure of playing alongside some of NZ’s finest talent. Having them join us along the way has been an honor. 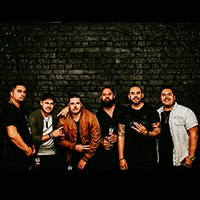