House of Shem hail from Aotearoa, New Zealand and like many legendary reggae groups this band is built around the classic harmony trio format. At the helm is Carl Perkins, a man with over thirty years experience writing and playing reggae music. As a former member of ‘Herbs’, ‘Mana’ and ‘The Twelve Tribes Of Israel’ amongst others, Carl’s musical credentials are impeccable.

Joining Carl are two of his sons Te Omeka and Isaiah who not only provide harmonies and play keyboards, they are both lead vocalist and composers in their own right. It is this blood link and family bond that renders the sum of their combined voices as something really extraordinary. Each of the three has their own distinct song writing style and voice, effectively giving the band three lead singers. The harmonies are sublime and the precision of their ensemble performance is phenomenal.

Credit must also go to the rhythm section – certainly one of the tightest you are likely to hear in the South Pacific. Drumming prodigy Kaya Webster comes from having played for the ‘Twelve Tribes of Israel’ from the age of eight years old coming from the 12 tribes of israel and Mana comes bass guitarist Francis Harawira. Rounding out the sound of the eight-piece powerhouse is the exceptionally gifted guitarist Roy Venkataraman, a seasoned veteran himself who toured and played with The Wailers band for a number of years. 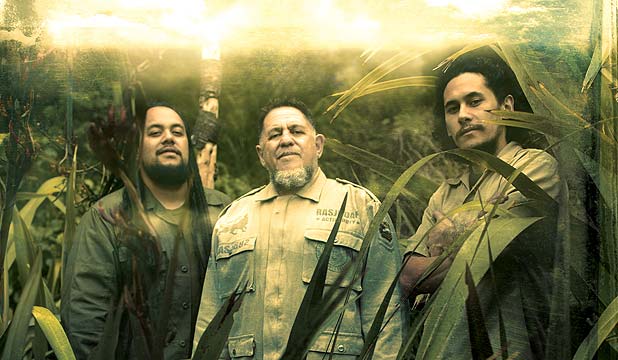 House Of Shem’s long awaited second album Island Vibration was recorded in 2010 at Auckland’s Roundhead studios. The band enlisted the engineering expertise of the legendary Mr Errol Brown. Brown is renowned for recording and mixing albums with the best in reggae music including Bob Marley & The Wailers, Burning Spear and Third World and has worked on Grammy award winning albums by Damian Marley, Julian Marley and Lauren Hill. Island Vibration was then mixed at Bob Marley’s own Tuff Gong studios in Jamaica by Errol Brown. “Island Vibration” was released on 14th Feb 2011 and debuted at #1 on the Official Rianz NZ Charts and Itunes.

Over the last couple of years the band has extensively toured New Zealand and abroad, including Ragamuffin festivals in Australia and NZ, playing alongside reggae greats like Lauren Hill, Sly & Robbie and Shaggy. House Of Shem have become a regular fixture at annual NZ festivals such as Soundsplash, Parihaka Peace Festival, One Love, Parachute Festival and Big Day Out. They are in high demand in New Caledonia, The Pacific Islands and Australia. They have also forged a loyal fan base not just in New Zealand’s main centers but also in the smaller rural communities.

In May 2008 House Of Shem released their debut album Keep Rising. The album was an exceptionally strong opening statement from the band; with each of the family members splitting the composition credits evenly it neatly demonstrates the bands musical range and diversity of styles. House of Shem have also had four songs featured on the best-selling Conscious Roots compilations.

April 2009 saw their debut album Keep Rising released in Australia, The Pacific Islands and Hawaii. The band is also set to tour Australia, Hawaii, and 48 states of the USA from June 2011 with songs from rotating continually on radio stations in Hawaii & the USA.

The House of Shem live experience is an unforgettable occasion – a rare mixture of power and beauty. This band’s incredible tightness, heavenly harmonies, conscious lyrics and blend of traditional and contemporary reggae styles will leave you spellbound. 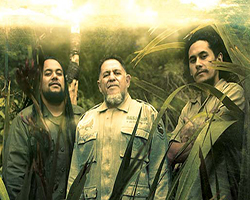