He has been involved with NZ music for 20 years and started his apprenticeship in 1994 with the Footsouljahs under DJ Raw and Kosmo 163.

He’s born and bred in Wellington and loves his city and everything about it. He’s proud of the people they have in their backyard, but even more proud of Wellington’s contibution to rap music which has been strong from the get go. Since Upper Hutt posse realeased “E Tu” Stand proud to King Kapisi, Khas the feelstyle, Aaradhna and to the current new wave of talent coming from Wellington, he’s so proud to be part of that musical history and Wellington landscape.

My name is Fiso Siloata aka MC #FLWZ born and bred in Wellington City I stepped on the scene in 1994 in the myriad of NZ hip hop as 1/5 of the rap crew The Footsouljahs. We realeased our debut Ep ‘stylz, delivery, flows in 2001. In 2004 we followed up with our street classic LP “Putting in work” pushing Wellington music for 20+ years.

In 2008 I released my debut LP “In the heart of the city” produced by DJ Raw and Johnny Chongnee. We got 3.5 stars in the Dominion Post, the Salient also did a great review on my project.

During my career I have had many Collabs with artists my most memorable is the hip hop summit anthem with DJ Sirvere (S.A.S) Mareko and Scribe. Also Sione’s Wedding the Aotearoa Allstar’s Young Sid, Lavina Williams. 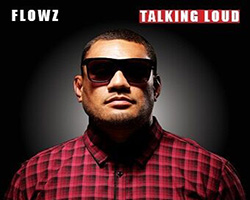