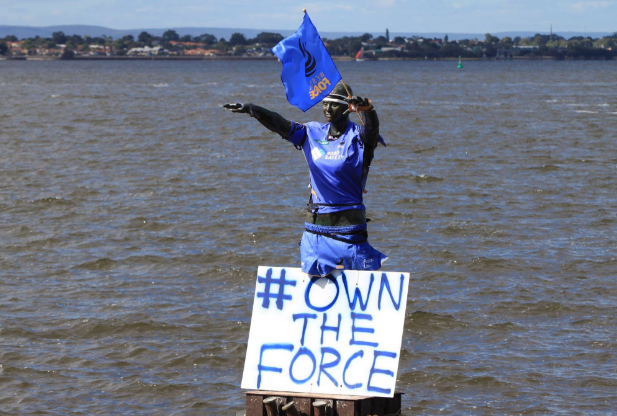 I dislike Phil Kearns. I dislike about 75% of his comments when commentating a Super Rugby game between Australian and New Zealand teams. There is one thing I do admire about him, his love and passion for the game.

Over past weeks Super Rugby in Australia has had one rumor after another hit the press as they speculate which team will be cut from the competition. Kearns has asked them to ‘show some cojones’ and I think that’s the best line he has ever spouted from his one-eyed mouth.

The ARU has shown little backbone ever since it was announced that one Australian team was set for the chopping block. It is their incompetence that has led to the decline of rugby in some states. The speculation and hysteria surrounding who will go has even led to headlines that funding (1.5 million dollars) from the Western Australian Government, earmarked for the Western Force, will be scrapped in favor of more traditional advertising for road safety.

There needs to be a changed in the ARU and it needs to begin from the top. They need a new and fresh approach to begin to revive the game, not only in the Eastern State strong holds, but also in the North, South and especially in the West. The code of silence from not only Bill Pulver but also Michael Cheika is disheartening.

Firstly, they need to invest and advertise grass roots rugby and make rugby more accessible in public schools. If you only focus on private school programs, rugby is not seen as a game for anyone, only a game for people who can afford it. Look at the school boy competition in New Zealand and how strong the teams are from both private and public schools. They also need to improve pathways for those who want to play professionally. Look at how well Western Australia has done with its rugby pathways. With the inability to attract talent to the West, Rugby WA  began developing the talent pathways in their own state. 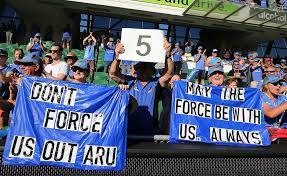 Secondly, they should advertise and promote the game nationally. We all know when Rugby League season is upon us. The ads featuring Jessica Mauboy and Delta Goodrem are on TV nationally. The AFL have Chris Hemsworth championing the game and what does rugby have? Did anyone see any advertisement for the Super Rugby season? Exposure was even worse during the Rugby World Cup; you would not have known there was the best rugby teams from around the world competing to be the best of the best. It was not even AFL season and there was 6 pages of AFL news in the Western Australian and half a page of Rugby World Cup news!

Rugby comes in many forms nowadays e.g. XV, Sevens, Tens for both men and women. Professional players can travel the world playing for their country, playing in the sevens series or, in the case of Super Rugby, travelling to 4 countries in the Southern Hemisphere playing at some of the most iconic rugby stadiums. Club rugby and juniors can also travel to tournaments within Australia. Travel is on top of the health and social benefits of playing rugby. We all know there is a chance of injury; but that comes with any sport or recreational activity.

We now live in a digital age where social media is king and you need to engage your market and product well. The ARU failing miserably and this needs to change. If you have a product like the Super Rugby you need to shout from the roof about it. Rugby is ingrained in the New Zealand psyche but in Australia needs to do better at marketing the game to the masses.

Super Rugby has 18 teams filled with some of the best players in the world battling it out each week to make it to the finals. You can see the world cup winners, national heroes, cult heroes and up and coming stars of the game. Even though Phil Kearns is at times the biggest turn off on the Foxtel commentary team, he has an undying love for the game and will defend and champion the cause till the end of time.

#savetheforce – because the ARU won’t!