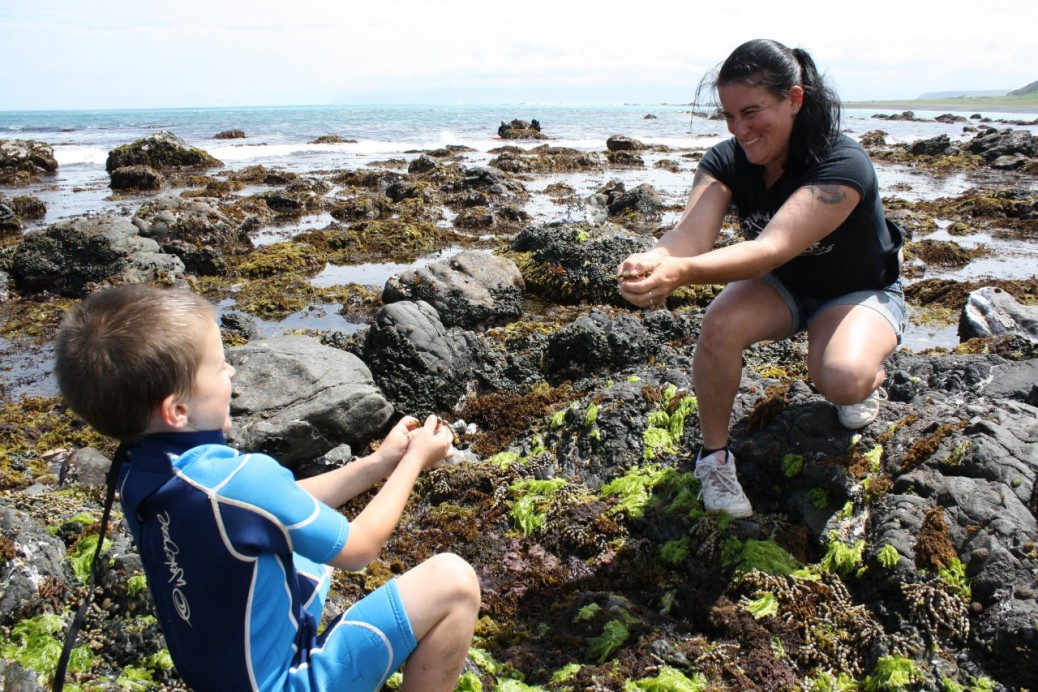 The Facebook page Kiwis in Aussie was started to provide a place for Kiwis to get together, support one another and stay in touch with New Zealand culture.

Nine years on and after every possible post, request and event you could imagine, it has its own clothing label and boasts over 72,000 members and is still going strong.

I called Sue Materman, the creator of the page to fill me in on what it takes to run a successful online social media presence for the Kiwi community.

After introducing ourselves to one another we got into the ‘good stuff’. From strange and awkward posts and messages, to the perils of raising teenagers… Sue’s ‘KIA’ empire has developed from a need she felt within herself from when she first moved to Australia. 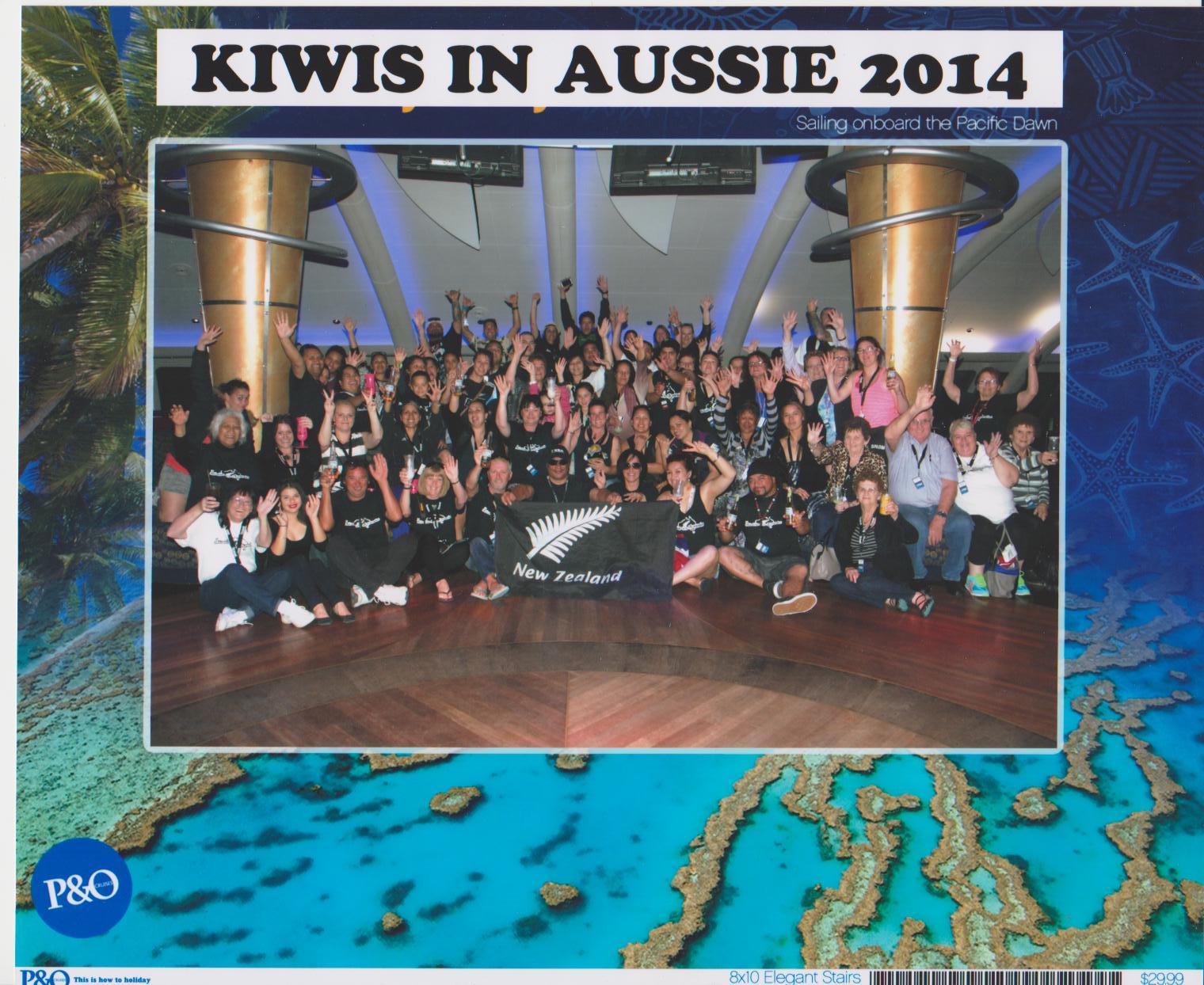 When Sue first moved to Australia several years ago, like many of us she felt a bit ‘lonely’. She had left New Zealand (for the very first time) with a very young family, hardly any possessions and knowing very few people in what was a seemingly foreign country.

In fact, the only reason she agreed to take the big plunge and leave behind everything she knew was because of a promise that she could have a pet snake. Yes you read the right. A pet snake! Usually the last thing a kiwi wants to see in their home after a red back spider.

These days, like most of us who have made the trip over the ditch. Sue is extremely happy and couldn’t imagine her life any other way. She will always love New Zealand and travels home when she can, but Australia is where she calls “home” now.

In the beginning, not long after starting the page Sue was finding it difficult to really push and get the “Kiwis in Aussie” name out into the wider community.

Facebook even contacted her about shutting the page down due to lack of activity. This was back in the day when Facebook wasn’t as popular as it is now. Can anybody remember those days?

Sue admitted that even she refused to get a Facebook profile for a while.  After a lot of hard work eventually the page began to take shape and Kiwis from all over the place started to join the group. “Once it started, it was kind of like a big snow ball effect”. Says Sue. 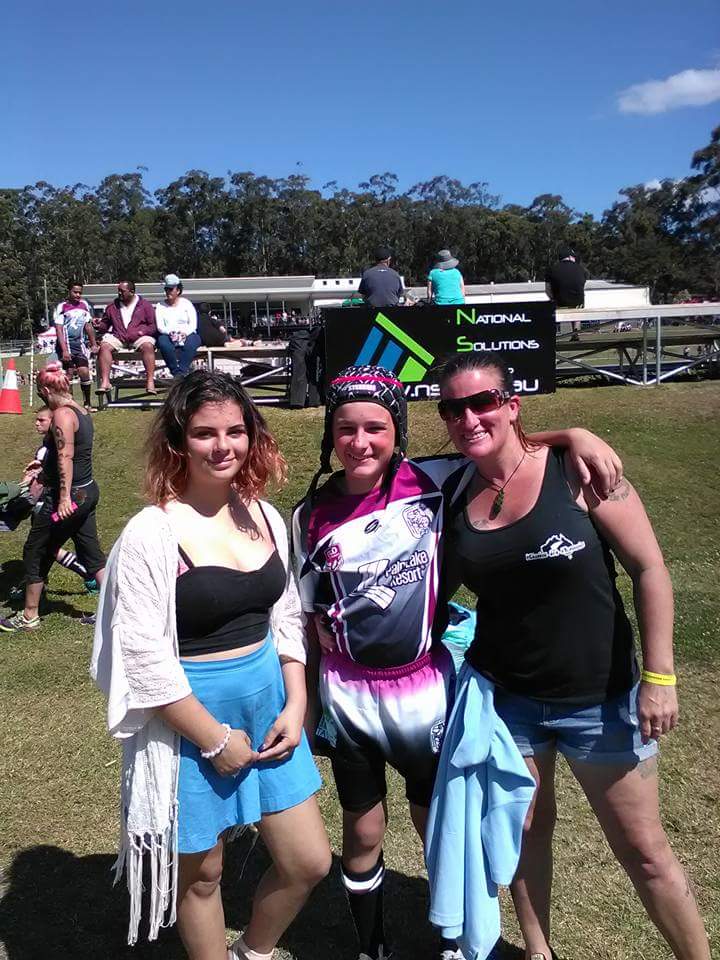 Sue was the sole admin of the page for quite some time and it wasn’t until she had over ten thousand Facebook members that she thought it might be a good idea to start looking around for help to manage the steadily growing group.

I mentioned to her that it must have felt like a big risk handing over the keys to somebody like that. She explained that trying to choose people who could be trusted was very difficult for her. She was trying to find people that had the same morals and values as her, people who wanted to help other people.

As Sue says “It’s like leaving your baby with somebody, you need to know who they are”. Picking the right people to admin the page is a hard task. Especially because the role is such a difficult one.

People need to have the right balance of calm and assertiveness, they also have to have reasonably thick skin to be able to handle the bad as well as the good.

All of Sues admins are doing the job simply for the love of helping others. It’s really hard for Sue to read members of the group giving the admins a hard time for various things.

(people don’t seem to realise KIA admins are real people. They work real jobs and have families and lives outside of KIA) “they also have no idea of what we have to put up with behind the scenes.” She says.

The Ups and Downs of Social Media

It was then when Sue began to tell me about the strangest and funniest things that had turned up on the page. “People can be so inappropriate!” she exclaimed.

Before she could continue speaking, she got cut short by teenagers rumbling down her hallway. “Sorry, I can hear my kids in the background trying to kill each other…I’ll be right back.”

As I am thinking about all the interesting things that must turn up on her page, the quiet is interrupted by the distinct sound of a mothers deep calm tone. “I’m on the phone…I will deal with it after I get off.” I think we can all relate to that ‘tone’. I haven’t forgotten my mothers ‘death stare’ whenever I interrupted her while she was on the phone. The adamant ‘click’ and ‘point’ with her finger, signalling me to “bugger off” down the other end of the house. I crack a smile, I bet I will be exactly the same with my kids.

When Sue gets back on the line we begin to laugh about memories of ourselves as raucous teenagers. We both used to fight tooth and nail with our mothers and we were always told that one day we’d get universally “paid back” with our own children. Gosh it seemed so far away back then, silly us.

Okay, we’re back! Sue gets back on the line and I ask “Are they alive?” to which she replied “They’re fine, they are just your typical siblings trying to kill one another” and we continue where we left off.

‘Kiwis in Aussie’ gets a lot of people adding themselves to the group. Most are lovely, normal people. Some are, lets say…not your usual type. For example; if you had a public Facebook page that had tens of thousands of people on it, some of which are under the age of eighteen. Would you think it’s appropriate for a couple to publicly advertise for any other couples looking to share some ‘happy time’. Honestly, I kid you not. Apparently it’s extremely common for people to attempt to promote R18 content on FB pages. (luckily Sue has such a good admin team that most of this is caught really quickly)

I’m in shock upon hearing this, Sue is laughing at me. Scariest of all is that she tells me that after all these years she is used to the “uniqueness” of it and it just seems normal to her now. Still laughing she tells me “Ahh there are a lot of ‘different’ personalities that you have to try and work with, or work around. There are also a lot of really good people out there and they are who we try to focus on.”

I ask Sue what some of her fondest memories of KIA are?

“Honestly there have been so many” she replies, starting KIA has given me a lot of opportunities to meet and work with so many amazing people, some of which I count as true friends now.

Some of the highlights have been joining forces with Te Korowai Aroha Brisbane and Kotahi Aroha Inc to throw Mannakitanga, a completely free Kids Xmas event in 2014 where we had over 3000 people turn up to enjoy the day without paying a cent.

Another fond memory was when I abseiled down The Gold Tower in Brisbane city to raise money for Save The Children Australia on behalf of Kiwis In Aussie, as I was coming down some KIA members that had come to show support started a flash mob haka for me, I was so proud it brought me to tears.

We’ve had numerous KIA get togethers, BBQ lunches, Piss-Ups and even a couple of KIA cruises (can you imagine over 120 kiwis on one cruise ship – sooo much fun), it’s fantastic to meet each other face to face and not just through computer and phone screens.

From one tiny drunken idea has come an online community, my KIA whanau Sue says and I can hear the emotion in her voice.

If anybody out there is considering starting a group with hopes of reaching over seventy-two thousand members, Sue has some words of wisdom. “Be prepared….Be very prepared for all sorts. I tell everyone that ‘Kiwis in Aussie’ is my baby but sometimes it really can be a monster!

You have got to have a very open mind, you can’t try to make everyone believe your own opinion and you have to have rules. I didn’t have rules at the start but soon found out that there is a reason why society has rules, you also need a fantastic, trustworthy admin team behind you. I count mine as family now.

There you have it peeps. If any of you wanna-be social media stars/communities or businesses want to draw a crowd to your page it takes a lot of dedication, a lot of good people and a lot of your time.

Stay safe people, and be kind to each other.

Sue with one of her babies.