So You Wanna Be A Rapper?

Home > So You Wanna Be A Rapper? 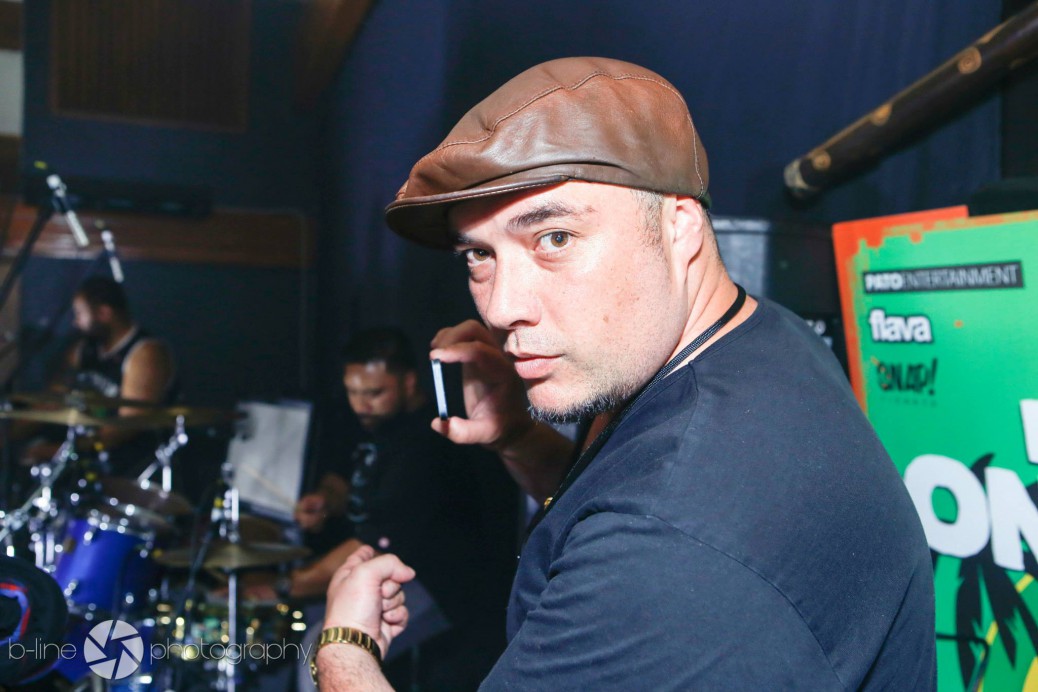 In early 2016 I met the head of Illegal Musik. Founding member of Ill Semantics and all round awesome dude, Mark Arona AKA ‘Patriarch’. The name ‘Patriarch’ suits him well although I am unsure of its origins in his history, I can explain from my point of view why I think it fits. 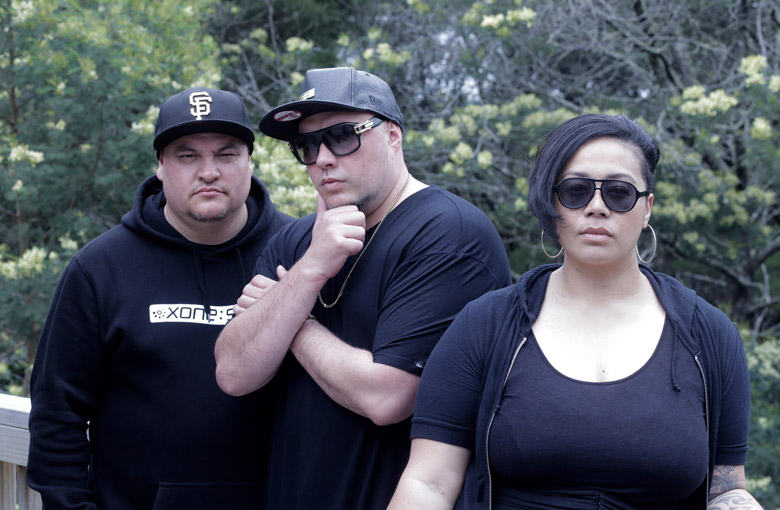 As a teenager I listened to Ill Semantics music while they were labeled under ‘Dawn Raid’. I was your genuine free spirited teenager who loved listening to music that challenged the “status quo” of what main stream media spouted. I was drawn to music that called out the ‘lies’ and ‘double standards’ of society.

After speaking with Mark for this article, I found out that growing up he was also disillusioned with the media’s portrayal of ‘Hip Hop’ culture. Despite not having a traditional musical education, Mark found himself surrounded by talented musicians and singers. In high school you would have found him in the music room, although he never took it as a subject – nor did he play an instrument. He was at his best when surrounded by musicians and their music.

“Kid’s go to school and get a good job. They have no idea of what the concept of an entrepreneur really is.”

At his high school Selwyn College, arts are encouraged. Although Mark wasn’t what you’d call a traditional scholar, he was smart. Mark was always drawn to things like basketball.

Ill Sematics was created out of the fact that Mark loved Hip Hop. It came from the early nineties RnB barbershop quartet and we were in the corridors singing, banging on drums and frestylin’. That evolved into actually putting music together.

“In fifth for English my friends and I came up with the name ‘Ill Semantics’. “Semantics” is the study of words and “ill” being something that is “cool” or “dope”. It came together and it stuck. As a result of that growth and progression I lost touch with a lot of my school friends. Everyone was diverging onto different paths. Everyone was wondering what they were going to be doing with the rest of their lives and I fell into the realm of possibility. Working in a kitchen and then becoming a chef.

In the beginning music wasn’t a career, it was a passion so the need to do something that was career based was important at that time and I was quite good at putting food on a plate so I ended up becoming a Chef. Although it was a traditional career, it was a great substitute for music as Chefing involves a certain amount of artistry in order to produce good food. I, and many Pacific Islanders thrive in the “heat” of a professional kitchen as we are generally raised in much stricter home environments. We can handle the pressure of a Gordon Ramsey type Head Chef beating down on us verbally. Plenty of other trainee chefs broke under the pressure but many Pacific Islander chefs could easily handle peeling 10 sacks of potatoes and it wouldn’t be anything to us. It was in our nature to handle the “hardness” of what it took to be great in the kitchen. A lot of Poly chefs were known to be strong and sturdy work horses of the kitchen. Reliable. Focused and hardy. 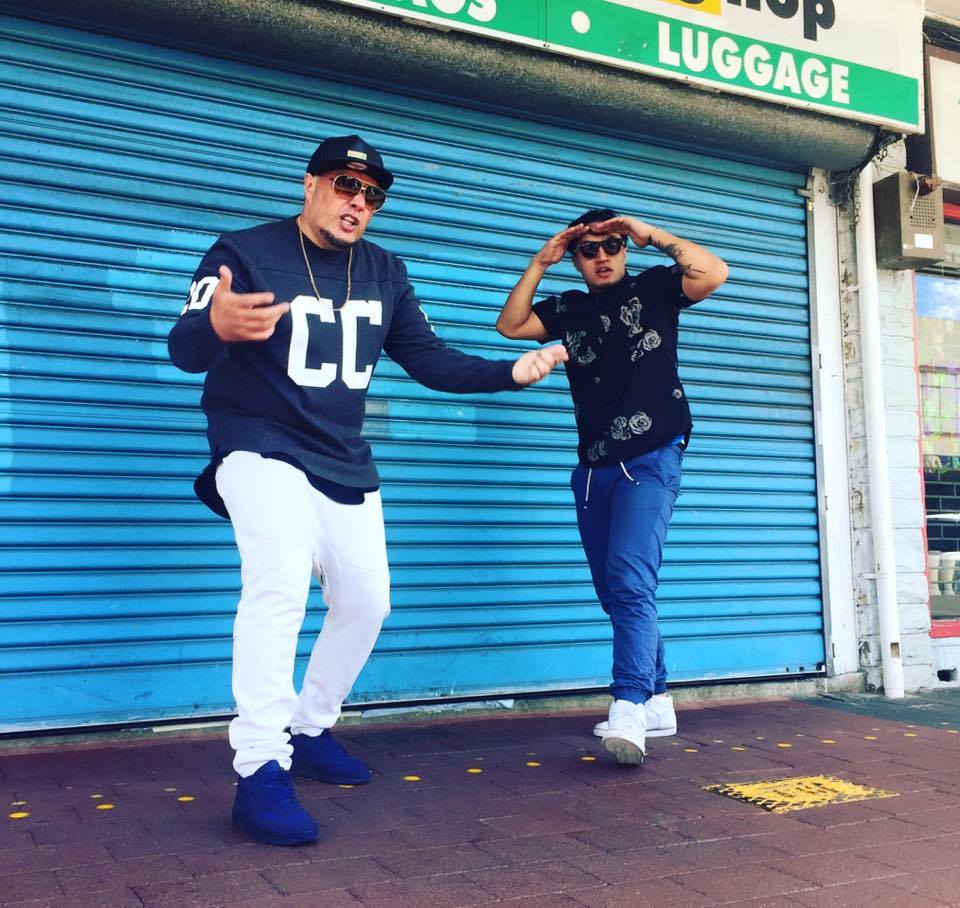 Chefing was a necessity as my partner of 24 years was my high school sweetheart. We had my son when I was 21 and that’s when life changed. I began to focus on my career as a chef and worked in some of the best restaurants in New Zealand but at the same time, music was always there.

Jade – I can easily understand what you are saying with regard to Polynesians working well in a kitchen environment. I would last in a kitchen… I wouldn’t last in the Army as I just don’t respond well when people bark orders at me.

I was into intellectual Hip Hop and I felt that the stereotype of Hip Hop wasn’t accurate.

I was into groups such as “The Souls of Mischief”, “Hieroglyphics”. I wasn’t into 2Pac although I understand his career and love him now, back then his label was portraying “Gangsta” music. It appealed to generations and encouraged violence and blind hatred. As I got older I began to see the chasm between his personal opinions and the marketing tool that was “Gangsta Rap”. In a few songs 2Pac’s lyrics were deeper than what was presented on the surface, what was manipulated in order to sell more records.

In 2006 I decided to set up Illegal Musik, I was still cooking but I had progressed from being an artist to actually having a label and starting to develop New Zealand Artists. Prior to that ‘Ill Semantics’ were signed to Dawn Raid for 8 years and released albums under their label. I decided that it would be best to control my own destiny and with ‘Dawn Raids’ blessing I put things in action to set up my business. I learned a lot of skills from being with Dawn Raid and now that I had started Illegal Musik, my mistakes were going to be my own. It was all on me.

Everything you now know, did you learn on the run?
Yes definitely. All of the skills I have now, I learned on the run. I wasn’t classically trained as an artist, I wasn’t the best rapper or singer but I made it happen. People didn’t need to believe in me, I believed in myself and I made things happen. My skill set which is evident to me now, is that I am persistent.

I started Illegal Musik, with a friend of mine, Eddie Bennet. He specialised in the marketing side of the things and together we developed a strategy in order to set us apart in the market. After developing J Williams we had a lot of success because he became a number one selling artist and had the highest grossing single sales in 2010. We travelled to New York and Japan and during that process we showcased what we were capable of doing with a single artist so we started developing more. We began creating careers for other artists such as Vince Harder, K.One and Tomorrow People.

Did you specifically start Illegal Musik as way to develop other artists or to further your own career?

Initially it was to further my own career but then it evolved as I found my passion for helping other artists. We put our own album on the back burner, we were focused on creating a movement and building an army of talented artists and going against the grain. Over four or five years we had 10 songs on radio doing extremely well. We were doing better than major labels at the time. It has been a good run from 2008 to now. Our artists are branching out and taking control of their own destinies. Radio is changing, the internet offers different platforms of streaming and artists are finding it easier to get their music up, but it’s actually harder to be heard. Although the playing field is a lot fairer now than in the previous era, it has also become flooded.

I get shit loads of inboxes and emails with links to music that people want me to listen to. Part of my job is to have the ability to filter out the bull shit. It’s so much harder to hear music that I actually enjoy because I have to wade my way through a lot of shit. A lot of it is from people with huge aspirations and have spent 100’s of hours producing their own sound but they have never invested in a song writer, mixer or producer. I come from the old school where you actually had to have talent. These days so many kids know how to play on a computer to make music but very little else.

I will always have high standards and advocate for artists who actually have talent. I’m pretty straight up and I’m not going to give anybody false hope if I don’t think they have what it takes to make it. You may be an excellent artist but shit at managing your own life, let alone your career. You may also be an average artist but are very skilled in business. The key to our success is that we have surrounded ourselves with the right people. “Top of their game” people.

So if you could give our NZRelo readers one piece of advice if they are considering following in your footsteps what would it be?

“To make sure that it is what you want to do. Make sure you understand all the jigsaw parts and what you need to do to make it a viable business. Some people are born for this, some people can’t figure this shit out. Some people are lying to themselves and are surrounded by people who are lying to them. I will always be honest. I will always let them know the truth. Some people come to me specifically for my honest opinion and critique. I’m an optimist and if I think I can help, I will give them direction. I also love it when people set out to prove me wrong “You said I was shit. Look at me now!” It’s great. Push yourself. Be disciplined. Work harder, get smarter.”

I live with no regrets. I own every decision that I have made and I have been through trials and tribulations, but I also believe that I have done more good than I have done bad. You cannot walk through life trying to be perfect. We all make mistakes. When you know better, do better. Keep living. There is nothing that I would want to change as we are all in our present situation based on the decisions we have made. The challenge is to learn from it.

How will NZRelo benefit your business / What do you think of NZRelo?

The team at NZRelo hit me up about 3 years ago when the concept was in its infancy. The energy that came at me from the other end of the phone was intense! It sounded insane, it sounded massive and from then until now it has been a crazy journey. I have contributed every now and then in a few small ways (he is being modest) and I’m excited to see how it evolves. I have tried to explain it to a few close friends and it’s an overwhelming concept to explain. Now it has launched and I can say to people “see I’m not freakin crazy!”. People in the music industry will be able to utilise it. I think it is a game changer in terms of what it offers. What a ballsy project and what an impressive behind the scenes team it has. I’m truly thankful to be apart of it.

If I can utilise it for Illegal Music, I will. No doubt. The intellect behind NZRelo is that it is very much a “team”. Ideas are put out to the team and all feed back and opinions are considered and thoughtfully investigated. It’s a very well rounded atmosphere. NZRelo is “for the people” that is why it was created. 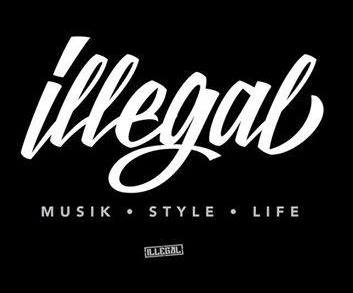