Slingshot Touring & Events is the longest running hiphop concert promoter in Australia…. starting events in 1993 and then going national in 1995 Slingshot has been responsible for over100 international tours and shows across Australia.

The director and founder of Slingshot, Trent Roden started as a professional skateboarding and snowboarding photographer in the late 80s. During this time Trent consulted for brands and companies such as Quiksilver, Mistral, SNP, Wave Rave and many more….he helped to launch the professional snowboarding careers of many of Australia’s top snowboarders from the early to mid 90s.

Slingshot magazine was born out of the frustration and medicrity of the magazine business in Australia at the time. Slingshot Mag featured stories on skating, snowboarding, hiphop, politics, conspiracies and comedy mixed with regular controversial stories regularily calling out wackness and injustices.

Trent then met seminal Sydney hip-hop group Brethren and began to manage their career for a few years before discovering Sydney group MetaBass’n’Breath on the streets of Sydney and guiding the groups career to be the influence that its music and live show is still today.

From that point Trent and Slingshot solidified itself as a full time promoter and promotions company specialising in bringing American underground and independent hip-hop to Australia and in helping to build the Aussie hip-hop scene introducing and running events such as The ITF DJ Battles, Urban-Xpressions hip-hop festival, Step Forward weekly hiphop club many other special events along the way.

Trent launched Eashot Music in 2003 releasing albums in Australia from artists such as Ugly Duckling, Edan, Diverse and People Under The Stairs.

Slingshot Asia was set in up to bring more acts to south east asia from America and Australia. So far Slingshot Asia has been responsible for shows in Asia with DMC (from RunDMC), DJ Z-Trip, DJ Premier, DJ Spooky, Blackalicious, Jessica Mauboy, Israel, Frente, Alphamama.

The future will see the launch of SlingshotTV, further growth of Slingshot Asia, the re-launch of Earshot Music, Aussie hip-hop artist representation and more concerts across Australia… 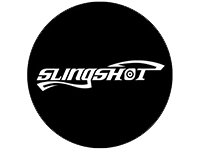