Nicole Thomas is the founder and director of NicNak Media, which she launched in August 2015. Paula Yeoman joined NicNak Media in June 2016.

Nicole has more than 20 years experience in the entertainment and media industries in Australia and NZ, including eight years in publicity and promotions at Warner Music New Zealand. Prior to that she worked in publicity at TVNZ and was the editor of Girlfriend NZ Magazine.

Paula has worked in media for more than 20 years in the UK and NZ. She has worked as a journalist in print, radio, television and online. Her most recent roles include six years as the Assistant Head of News at RadioLIVE and eight years as the music writer for the Herald on Sunday. 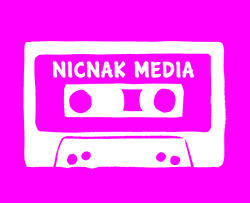