Mike King took the stage as a stand-up comedian in 1997, on a $400 bet made by a barman. After performing for 11 minutes, he received a standing ovation. An English audience member told him if that was King’s first time – and it was – he was going to be famous. The Englishman was Ben Elton.

From there, King’s career has described a swift and erratic arc: from award-winning stand-up in the late 1990s to TV comedian; from chat-show host to reality star to documentary presenter; from the face of New Zealand Pork to animal rights activist; from drug addict to suicide prevention campaigner, encountering cocaine addiction, severe depression and several sorts of near-death along the way.

At the 2002 NZ Television Awards, King was nominated twice for his televised stand-up show An Audience With the King. He would appear in almost every comedy show going for much of that decade: Comedy Central, Game of Two Halves, Strassman, Pulp Comedy, and Guess Who’s Coming to Dinner?

In 2003 King hosted Von Tempsky’s Ghost, a TVNZ documentary about the Prussian artist and mysterious rogue Gustavus Von Tempsky, who led the Forest Rangers during the New Zealand Wars, and who King’s ancestors fought alongside and against. “For too long, New Zealand history has been put on the backburner by our education system,” he said about the show.

In 2003 and 2004, two production companies came up with chat shows for King: Mike King Tonight, produced by Greenstone Pictures, and Touchdown’s Mike King. He also hosted documentary Swearing, which postulated that cursing could be a sign of sophistication.

The year after, following several near-death experiences (a blood clot at a poker match, a stroke and a three-day drug binge), he had an epiphany. King admitted he’d not only been a decades-long cocaine addict with crippling depression; he had also been a bit of a chump. He refers to himself now as a “recovering arsehole”.

King had used the drug in a thwarted attempt to help his depression, but it had only made him feel paranoid. He even bought a travel agency, reportedly so that he could gap the country in a hurry if his supply ran out. “I woke up with the realisation that the solution to my problems had become the problem”.

For seven years, King was the face of New Zealand Pork via the TV ad Mike’s Meals. But in late 2008 the group SAFE contacted him about pig farming conditions in New Zealand, and he accompanied activist group Open Rescue to a factory farm. King parted ways with NZ Pork, saying “I am deeply ashamed that I took part in promoting this style of farming”. The government subsequently decided to phase out sow crates.

Though King is still being funny in public,  for now he has eschewed the comedian lifestyle. “I have cut right back on the comedy shows now because I don’t like who I become when I’m on the stage.”

In 2009, he hosted acclaimed Māori Television series Lost in Translation, which retraces the 1840 journey of the nine sheets of the Treaty of Waitangi. In the series King describes it as “his dream project” and an attempt to alleviate guilt from his ignorance on the matter. Dominion Post critic Linda Burgess described the 10-part series as “dignified, conciliatory, informative”

That year, King began hosting a radio programme called The Nutters Club (originally on Radio Live; latterly on Newstalk), a forum for sufferers of depression and other mental health issues.

From 2013 King has toured the country on his Community Korero tour aimed at preventing suicide. “The Korero encourages people to help fight suicide by talking and supporting each other rather than taking their own lives. Silence is not the solution.”

The tour has since expanded to schools through Cool to Korero, sessions with school kids. “I try to help our young people to understand that life’s about loving yourself, you are worthy, everyone’s worthy and everyone has a contribution to make – that’s hope.” 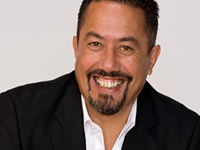