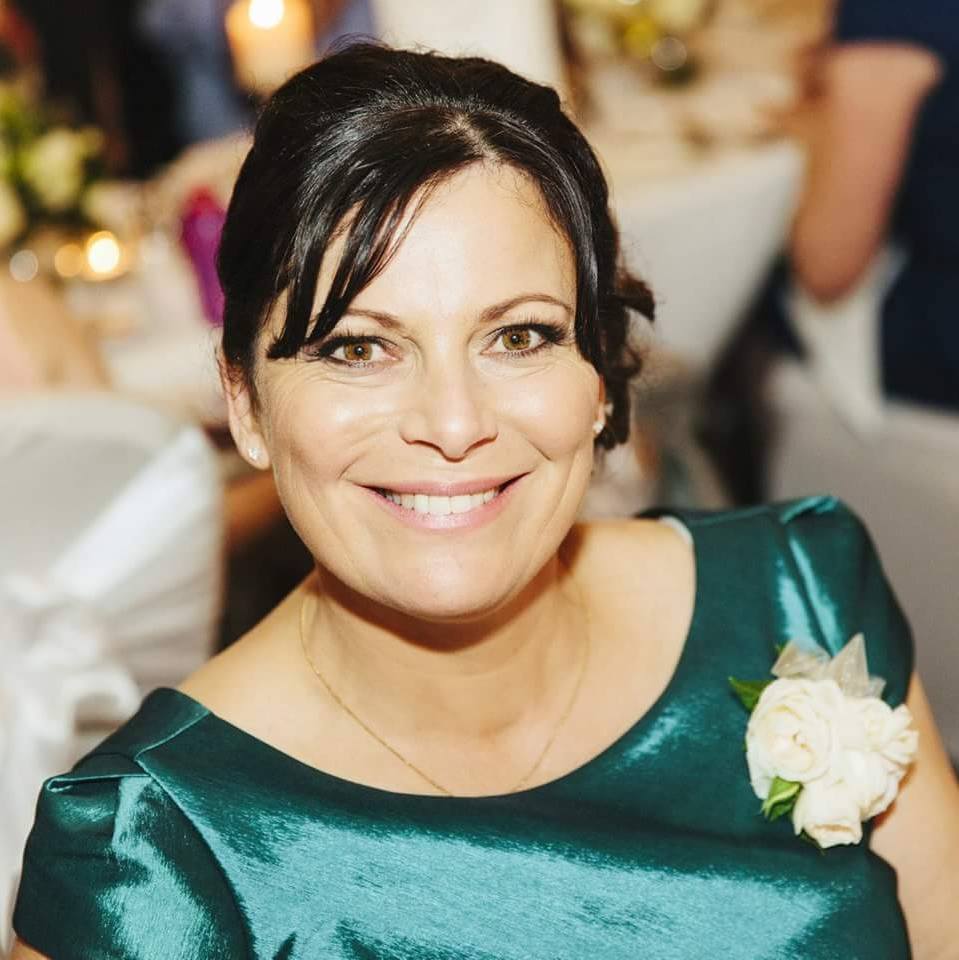 Advice from Katrina Murray, founder of Proud Kiwis Abroad, on moving to Australia from New Zealand

You have probably heard of Katrina because of her hugely popular Facebook Page ‘Proud Kiwis Abroad’ and her uniquely Kiwi cook books. What you may not have heard about is her personal fight to find a safer and better life for herself and her children, here across the ditch.

As we begin our phone conversation, immediately I can feel how important New Zealand is to Katrina. As is true for many homesick Kiwis around the world,

Katrina speaks eloquently about her NZ memories. I can hear it in the happy language she uses and I can almost see the smile across her face as she describes the beautiful places she remembers from road trips.

“I’m a proud Kiwi. A North Islander from the Wairarapa and 25 years ago, along with my children I escaped an abusive relationship.

“I am an adoptee. My birth family were in Australia and when I needed help they reached out to me and said “come over here. You can start fresh here.” I was shitting myself. I had never been to Brisbane, so to make that move was terrifying.” I tell her that I think it was incredibly brave of her. “I didn’t feel courageous at the time but I think had I not been adopted. Had I not gone through that terrible relationship and had I not had a near death experience, I may never have made the most out of my life.” In the Wairarapa when Katrina was only 18, her horse died instantly when they collided with a petrol tanker. She was nearly killed and considers her recovery as one of her life’s signals – telling her she was meant for greater things.

“After each of these life changing events I felt that my life had to have had more meaning than the existence I was living. I felt I had survived each of these horrific situations in order to progress into something more meaningful. There was something special that I needed to be doing. Now, I am grateful for all of that adversity and I think to myself “how can I turn it all into something meaningful. When people look at my life I want them to say, “Look at Katrina, she was a teenage mum. She survived a abusive relationship and she bravely got on a plane and moved to another country. If she can do it. I can do it too.” I want to be able to hold out my hand and say to other people “Come on. I don’t have all the answers but I can show you what I do know, and you can get to where you want to go too!”.

In 2011 Katrina decided to start her Facebook page. “There wasn’t really a Facebook page at the time that connected people to New Zealand, as well as honouring the fact that they were also away from New Zealand. I started the kind of Facebook page that I wished was out there for me and then everything grew from there.

Since starting her Facebook page, Katrina now has cook books and a successful business that helps connect people to their fan base. “I had this huge community of people who really loved what I was doing but then I had nothing to offer them and I thought to myself “This is so silly. What can I do? What would I love?”. I had all these wonderful recipes from my mum written down on scraps of paper, back in the good old days of hand written letters. It became a collection of her recipes and little love notes that she had sent me over the years since I had moved to Australia. I decided to put the recipes into a book inspired by her. I felt it was an amazing way to remember her legacy after she passed away and it was something tangible for my children to have. Connection is what brings us together and It started with me making mums lolly cake for my children.

I asked Katrina a few questions about her journey for any NZRelo-ers out there who may be in a similar situation. Who may want to start a similar professional path, and for those of you who are just plain old curious.

“Wondering if anybody would care. Are people going to think I am nuts? Initially the Facebook page was called “I’m Kiwi and Proud Of It, and I Live In Another Country”. Eventually I was like “Oh my god, this is such a mouthful”. I put up a poll on the Facebook page and got everyone involved and we literally ran with the name that everyone felt was the best. ‘Proud Kiwis Abroad’.

In the beginning I was a complete one man band and in many ways I still am, but I now have a little team. I found an amazing freelancing designer based in Romania she really ‘got’ what I was trying to do and she has become a regular contributor to our team. My husband thought I was batshit crazy. He is Australian and he just didn’t understand the whole ‘Kiwi thing’ He didn’t understand that ‘they’ will always be called ‘Jandals’ and that will always be a ‘Chilly Bin’. He is now hooked on holidays to New Zealand!

What has been your biggest lesson?

Gratitude has been my biggest lesson. I left New Zealand to escape domestic violence. I literally got on a plane with three small children, one of which I was still

breast feeding at only 6 months old. I. Was. Terrified. I had $100, three suitcases and three small children. I now have the page, the cook books and a little radio show called ‘Kai for the Soul’ through ‘International Connection Radio’ based out of Foxten Beach. At first I was nervous and wanted to know if people would like what I was doing and then I got over myself. It’s okay, if they don’t like it, they won’t listen. They won’t follow and they won’t read. At the end of the day when it is all said and done, I just want to make a difference.

If you could offer one piece of advice, what would it be?

It’s a question I have been thinking about a lot lately because I had been searching for that ‘one thing’ I could do that would make the most difference. I think the ‘one thing’ that I can advise people is that there is no ‘one thing’. You’ve just got to keep going, you just need to be able to keep trying. You have got to be willing to fail. You have got to be resilient. To keep putting one foot in front of the other.  If one thing doesn’t work, then you try another. My favourite saying is “You can’t refine theory”. It’s not until you put something into practice that you have the experience to refine.”

Katrina then made me laugh with a little cooking metaphor… “You really need to get out there. Get your hands into the batter, put in your spoon and mix all those ingredients together in order to find out if you have a cake.”

What has been the most frustrating part for you? 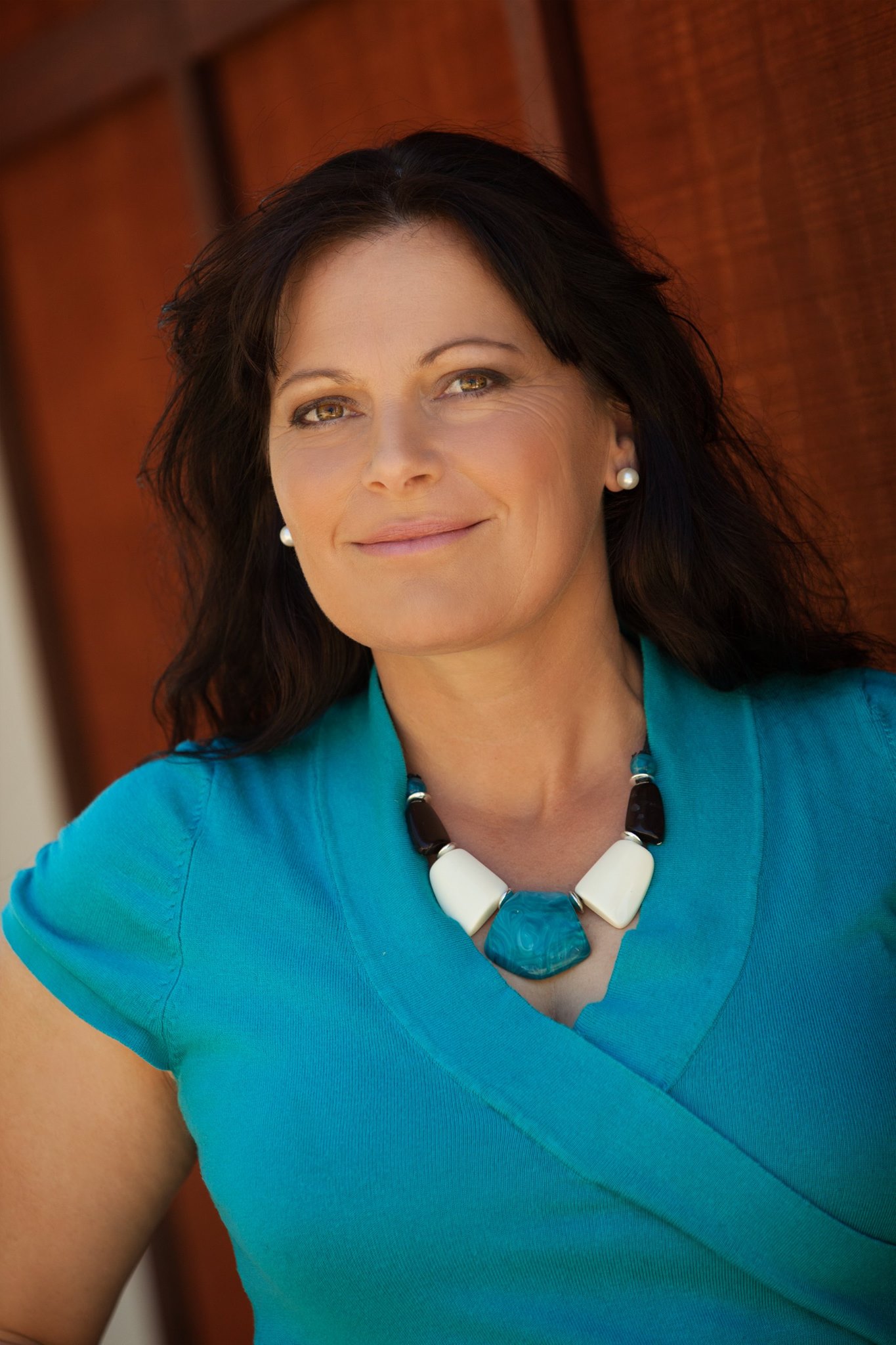 “Techy stuff drives me crazy sometimes. Trying to figure things out at 11pm at night when your eyes are dropping out of your head but you need this thing done for the next day and you just can’t seem to figure it out. That is probably the hardest and most frustrating. Moments like these have also taught me a lot too because, out of the other side of frustration is when your brain goes “oh I can figure this out after all!”.

I have learned to give myself a break and come back to it later or get the help I need in order to get the task done. A good example of this is when I was trying to put my 80 Kiwi recipes into a single book. For 18 months I had the idea but I was so overwhelmed at the thought of trying to fit all these recipes into one book. Then one day I was out driving in the car and it suddenly dawned on me “why don’t you do more than one book?”. It was a very Kiwi way of doing things I think?”

“If you were to ask me about NZRelo I would tell you that “It is the place that I wish I’d had when I was coming to Oz.” It’s going to be so valuable to people coming into Australia. You really have to put some thought into it. It’s not like it was years ago when Kiwis could just readily get on a plane and move here. There is a lot of thought and planning that goes into it and NZRelo is a really powerful hub and resource for people wanting to come here. In a way I think it will be life changing because they can come here ready to succeed. Ready to embrace what Australia can be for a lot of people as opposed to coming here and feeling lost. Had I arrived under different circumstances, even with family helping me I would have got completely lost. I wish I could have come prepared with everything I needed to get off to a running start. I think this is where NZRelo makes such a huge difference. It’s going to help so many people find their feet, stay connected and support other Kiwis experiencing similar things as they are. The team behind NZRelo are amazing Kiwis also, so that makes it even better (if that is at all possible).

Do you have any last words for our NZRelo readers?

“If I ever get the chance to come back in another life, I want to be a seagull so I can eat unlimited fish & chips. The first thing I want when I get off the plane in New Zealand is fish & chips.”